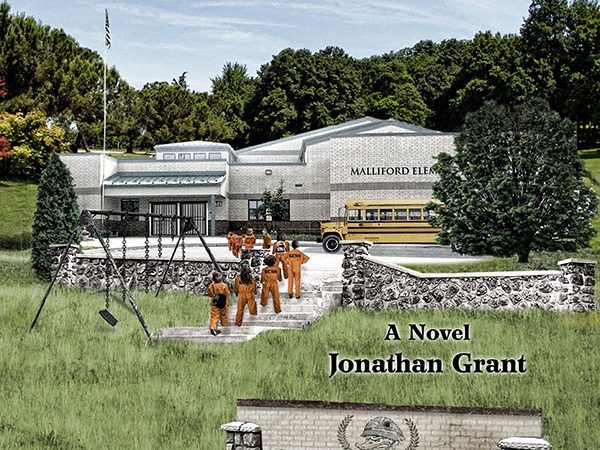 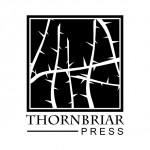 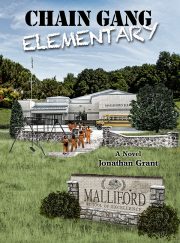 With its tale of PTA embezzlement and a testing scandal set against a backdrop of immigration crackdowns and bitter cultural wars, the plot of  Chain Gang Elementary (Thornbriar Press, $16.00, ISBN 978-0-9834921-0-8)  seems like it’s been ripped straight from today’s headlines.

Jonathan Grant insists his newly published novel isn’t a recent concoction, however. “I’ve been working on it off and on for more than ten years,” the Atlanta author states. “It’s just more timely now than ever. I didn’t predict testing scandals and rampant embezzlement. I just saw the potential for them, along with an unraveling of No Child Left Behind. And I’d like to say, if it’s not too late, ‘Hey kids, don’t cheat. Don’t steal. That’s grown-up stuff.’”

In explaining the book’s plot, Grant says, “Chain Gang Elementary is a tale of war between parents and administrators at a suburban grade school, with casualties. And jokes.” As for how the book got its title, Grant says, “It’s the unfortunate nickname Malliford Elementary gets after its principal institutes some ‘old-school’ discipline, enraging parents.”

Grant began writing Chain Gang Elementary when he was a PTA co-president at DeKalb County’s Evansdale School. “I was interested in publishing a non-fiction book—a how-to guide for parent leaders. Then I saw Murder at the PTA Luncheon. No, actually, while studying the subject, I came across this phrase, or something like it: ‘Every good school is fundamentally the same, but every bad school is unique.’ This got me thinking: Hmm. Unique is more interesting. Being a novelist, I decided instead to tackle the subject as a cautionary tale, a “how-not-to” guide for parent-educator relationships.”

As for being autobiographical, Grant laughs and says, “No way. I had a much better time of it than the book’s protagonist does.” Indeed, the book starts out on an ominous note: “In the twelfth year of his marriage, sixteen months before the shooting, twenty-one shopping days until Christmas, and eight hours before he reckoned for the tenth time that his wife didn’t love him, Richard Gray met a woman who would have roughly the same effect on his life a tornado has on a trailer park.”

Chain Gang Elementary is available in stores and online. It will make its “official” debut during the Decatur Book Festival, Sept. 3-4, 2001.

To learn more about this unique novel, visit www.chaingangelementary.com. Sample chapters are available for free download.

About the author: Jonathan Grant is an award-winning writer and editor (The Way It Was in the South: The Black Experience in Georgia). He publishes Georgia Colleges (www.georgiacollegesblog.com), a news website covering educational issues. Grant grew up on a Missouri farm and graduated from the University of Georgia with a degree in English. He is a former newspaper journalist and served as a Georgia state government spokesman. He lives in suburban Atlanta with his family and has been PTA president at a five-star School of Excellence and an elected member of his local school council. 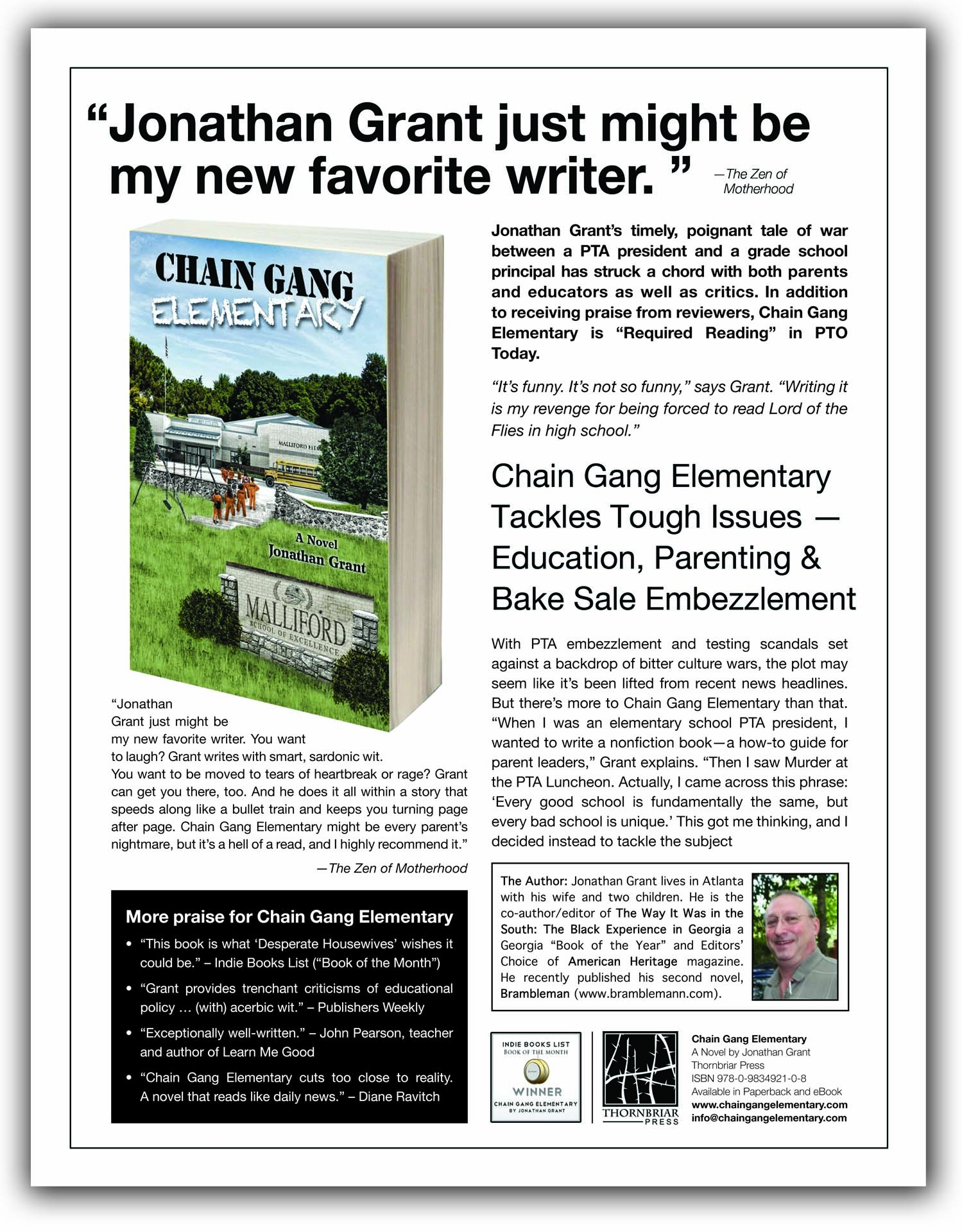